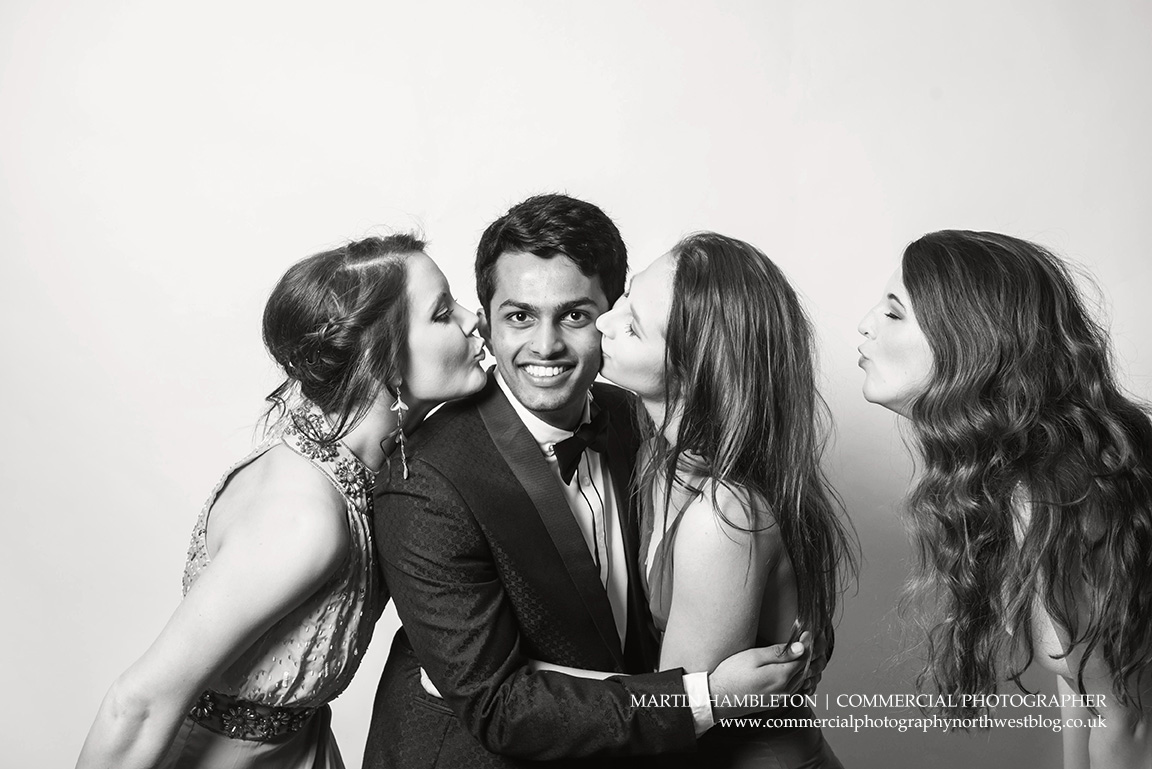 It was only last year that I shot my first prom photos.  I’d shot plenty of black tie events previously, but hadn’t been asked to shoot a prom before last summer.  My overriding memory is twofold: just how fast and furious the portraits were, and what amazing fun it was.

So I was delighted to be asked back by Altrincham Boys’ and Girls’ Grammar Schools this year to shoot their recent prom night at The Mere Golf and Spa (scene of the CAFT Ladies’ Lunch, as reported here – it’s a small world isn’t it?).

It’s a curious job shooting prom photos, but one that I feel well equipped to carry out.  I’ve shot weddings for 12 years, and there are always family groups to assemble and photograph, always against the clock.  I’ve also shot business portraits in all kinds of places, often of large numbers of people and usually against a plain backdrop; studio photography on location in other words.  Prom combines the two disciplines into one: rapid group (and occasionally individual) photos, against the clock, in a studio set-up.

I doubt that it’s a world record, but during the course of the evening, I shot 303 groups.  Pretty good, if I say so myself.  There’s no way I’m going to show all of those of course (there is an online gallery containing all the images here), so here are just a few personal favourites from what went on.

I’ve posted black and white versions, simply because there’s a crispness to the shots that I love (and anyone of my generation, do you remember the Calvin Klein adverts from the 90s?  I had those in mind when shooting).  Full colour versions can be seen in the full gallery.

I’m already taking bookings for proms for next year; and of course commercial portrait photography is something I do throughout the year, so please get in touch if you’d like to discuss your own ideas and requirements.