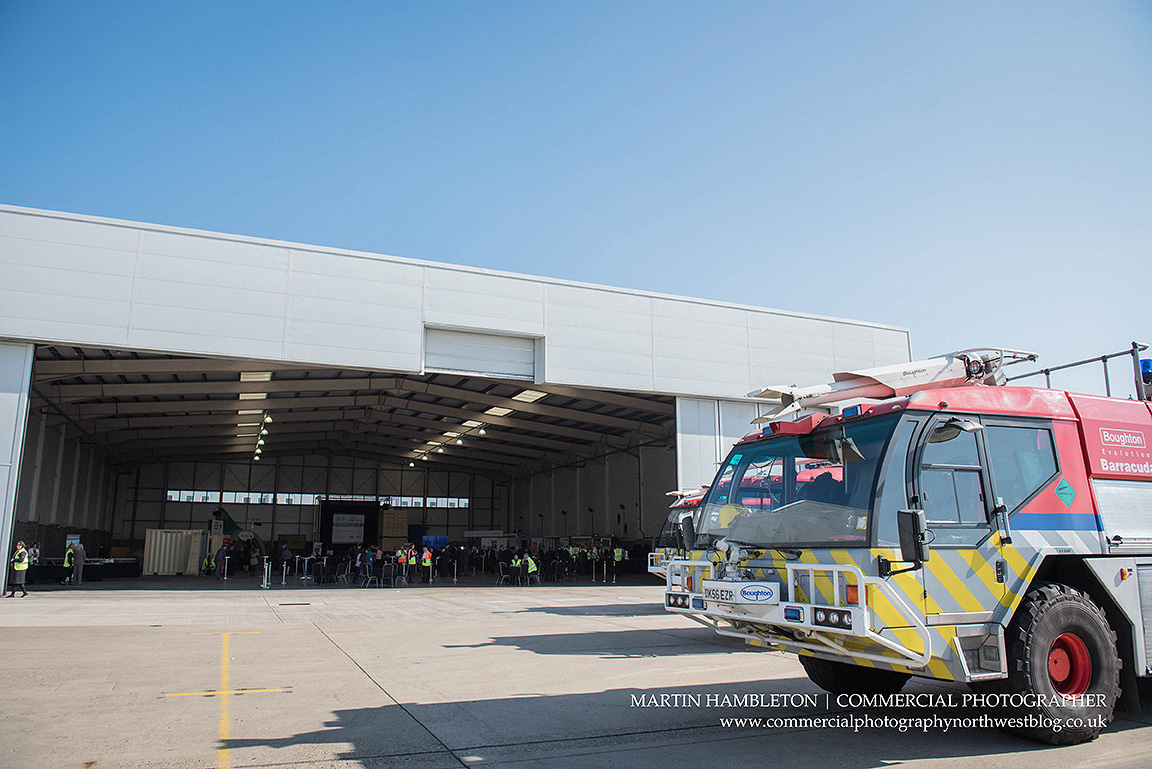 Last autumn I was commissioned to photograph ‘Global Connections’, the inaugural event organised by the Liverpool Exporters’ Network.  The setting, fittingly, was to be Liverpool Airport.

When I wrote the booking into my diary, I assumed that we’d be in some commercial centre somewhere near the airport, in fairly conventional corporate suites.  I should have realised that wouldn’t be the case when I was advised that I’d need my passport to gain admission and that it might take a while to clear all the security checks.  Because when they said ‘at Liverpool Airport’, what they meant was … in a hangar, airside.

So – just like all the holidaymakers – I queued up to go through passport control, to pass through the body scanner and have my camera bag x-rayed.  Then, it was onto one of the giant transporter buses to be driven across the tarmac, past waiting planes, and delivered to a hangar on the far side of the airport.

I don’t know if you’ve ever been inside an aircraft hangar.  Probably not.  It’s essentially a huge concrete shed.  Except this one had been fitted out, with a stage area, tables and seating for the hundred or so invited guests, a coffee bar was installed to the side, there were catering facilities, and exhibition stands for the event’s sponsors.  Pretty impressive.  (On a personal note, I loved that there were massive containers used as backdrops to the side of the main stage, and turned into impromptu meeting rooms by some of the sponsors).

My job was to capture the spirit of the event, including some wide shots to show the hangar and how it had been dressed; shots of the keynote speakers in action, and a panel discussion at the end of the event; as well as people shots and moments that caught my eye.

These images were used in the press reporting on the event, sent out as PR by the network, and have featured on various websites.  Good event photography doesn’t just serve as a record of an event (though that’s a good reason to have it), but can provide great publicity afterwards, and for future events.

Please email or call if you’ve got an event coming up that would benefit from being properly photographed.