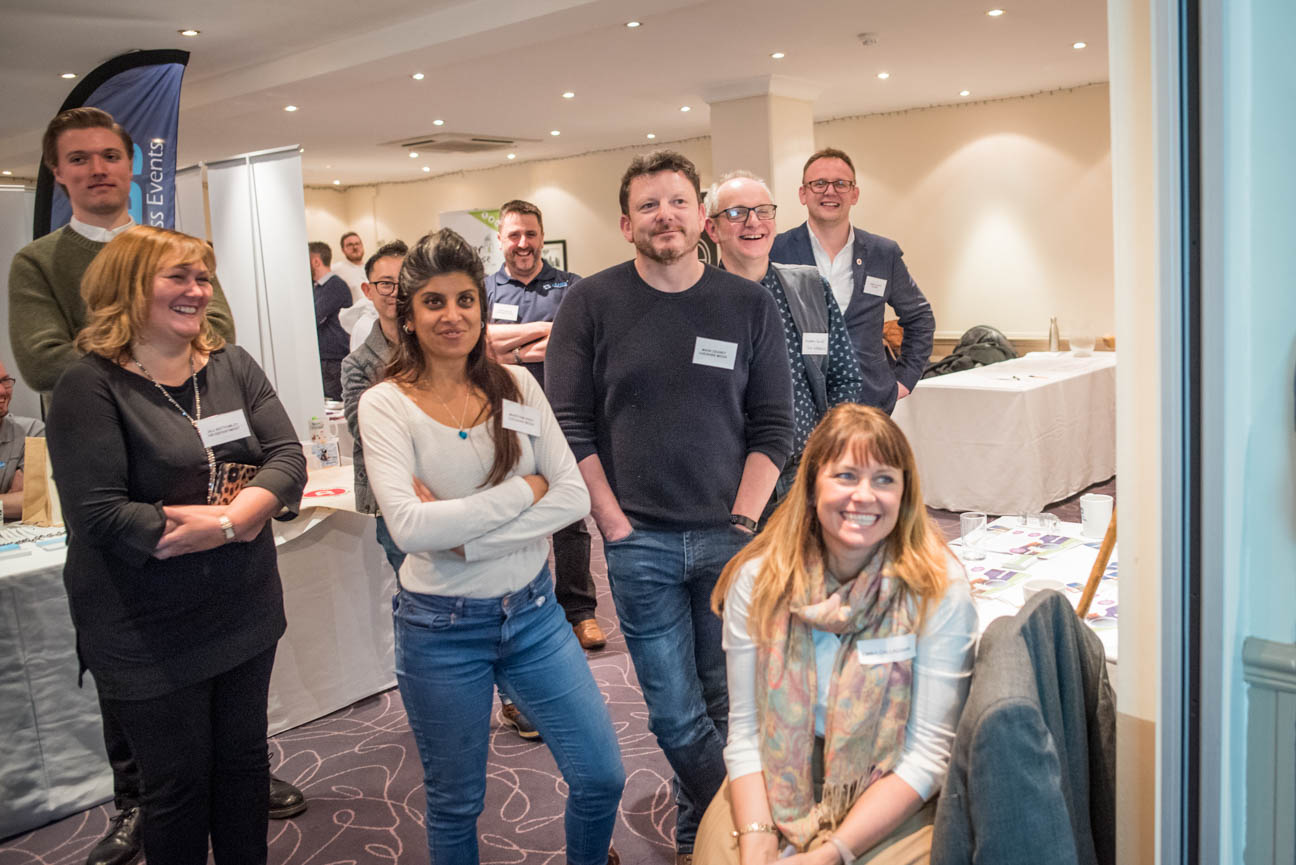 Okay, so I spend a lot of my commercial life at events.  Big or small, early morning, lunchtime or evening, I’ve shot the lot.  I can often be seen wandering around, camera in hand, looking for ‘that’ shot.  I’ve worked with some great event planners and organisers, and I’ve seen some badly run events too (sadly, too many).  What I’ve learned over the years is that putting on any kind of event, no matter the size, is hard work.

So what on earth was I doing choosing to organise a business event for small businesses and freelancers last month?  Call it a moment of madness if you want.  Call it stepping out of my comfort zone.  Call it whatever you want; it was an experience for sure!

I network quite a lot.  I regularly attend a few groups, and what you start to notice after a while is you run into the same faces time and again.  Certain people go to certain groups, but you don’t see them at different groups.  So I started to wonder if it was possible to build links between the different groups.  As simple as that.

That idea quickly became a date (Thursday 23rd January 2020), and a venue (the Cresta Court in Altrincham, where I have been to numerous events).  A friend suggested a business expo, as that would be a bit different.  And it was born.  It then grew up quickly – a business expo expanded to include six presentations on aspects of marketing for small businesses.  Suddenly I needed to sell some tickets!

In the end, there were nearly 70 people in the room – not bad for the first time out.  Five people and me gave a presentation; the feedback was great across the board, and I know that a couple of the people were new to public speaking, so they were stars in my eyes.  Just over 20 businesses took stands, and numerous visitors came.  Everybody bought a ticket, and all the profits were donated to Trafford Food Bank – the final donation came in at £500.  I’m tremendously proud of that.

(Huge credit and thanks to my good friend Mick Cookson for the last photo as I was …. obviously …. otherwise engaged.  Out of focus is definitely my best look).

Would I do it again?  The answer is a guarded yes.  I hated it when, with just two weeks to go, it looked like nobody was going to come and I thought it was all going to come crashing down around my ears.  But on the night, when the room was full and there was a buzz as people talked, I have to admit to feeling pleased with what I’d achieved.  Again, feedback suggests that people took away ideas and tips – which was one of the points of the exercise – so I’m happy with that.  But it does take an awful lot of time and effort.  Trying to juggle that with a full diary of work would be …… ‘interesting’.

Would I recommend doing something you don’t normally do?  Unquestionably yes.  It’s great to push yourself outside the comfort zone and to see just what you can do when you feel pressure.