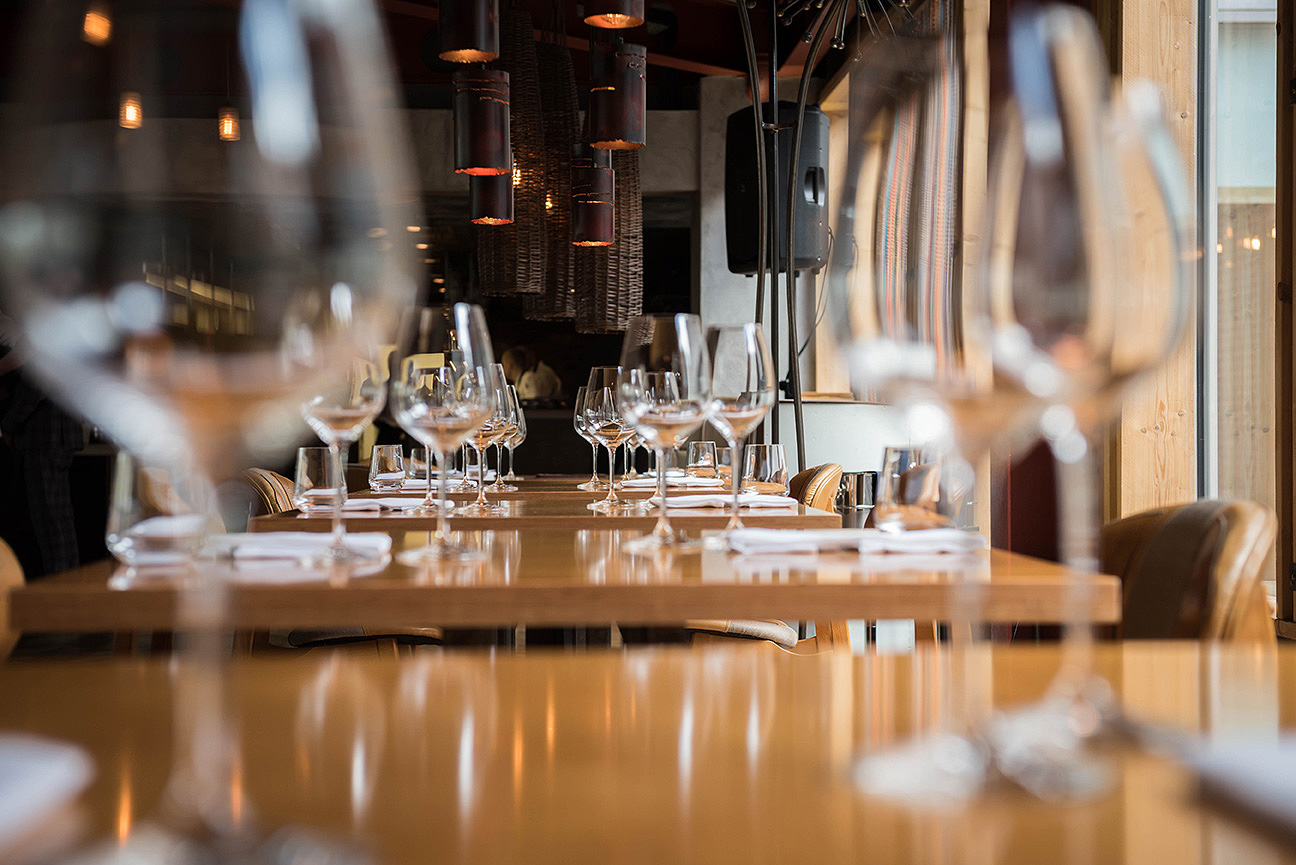 Last year I was commissioned to attend a charity lunch at Manchester House restaurant to shoot photos – guests arriving, handshakes, smiles, some portraits, and the guest of honour the Duchess of Wessex (forgive the shameless name drop there).  As I often do, I arrived early.  It’s a good habit to have of course – no worries of being held up in traffic, missing the start of an event, not being told of last minute changes, etc.  And while I was waiting for the guests to arrive and the lunch to begin, I shot a series of photos of Manchester House being prepared.  These weren’t part of the commission, just personal photos that I took.  They’re observations of what was going on around me as people went about their business.  I’ve worked in a fair number of restaurants and you notice the same thing in the good ones: a sense of order, of calmness, and a feeling of industry.  Things need to be done, and promptly.  That’s what I was watching as the staff were given their final briefing, glasses were polished, cutlery straightened on tables, the kitchen began to prep the meals they were serving during the lunch sitting.

So my emphasis wasn’t on trying to make a product look good, or getting anybody to smile.  I wasn’t looking to tell a good PR story.  I was simply looking at a new location (it was my first visit to the restaurant) and making images that pleased me.  What stood out to me were the colours (a reedy-brown palette predominantly); the symmetry and order in the layout of the tables and the settings on them; the space itself (lots of polished wood and metal, lots of shine and reflection); and the textures of the different materials in the room.  This were the elements I was trying to convey in the images I made in that half hour or so before starting ‘the job’.   And also that mood, of quiet expectation, and gearing up to a period of intense busy-ness.