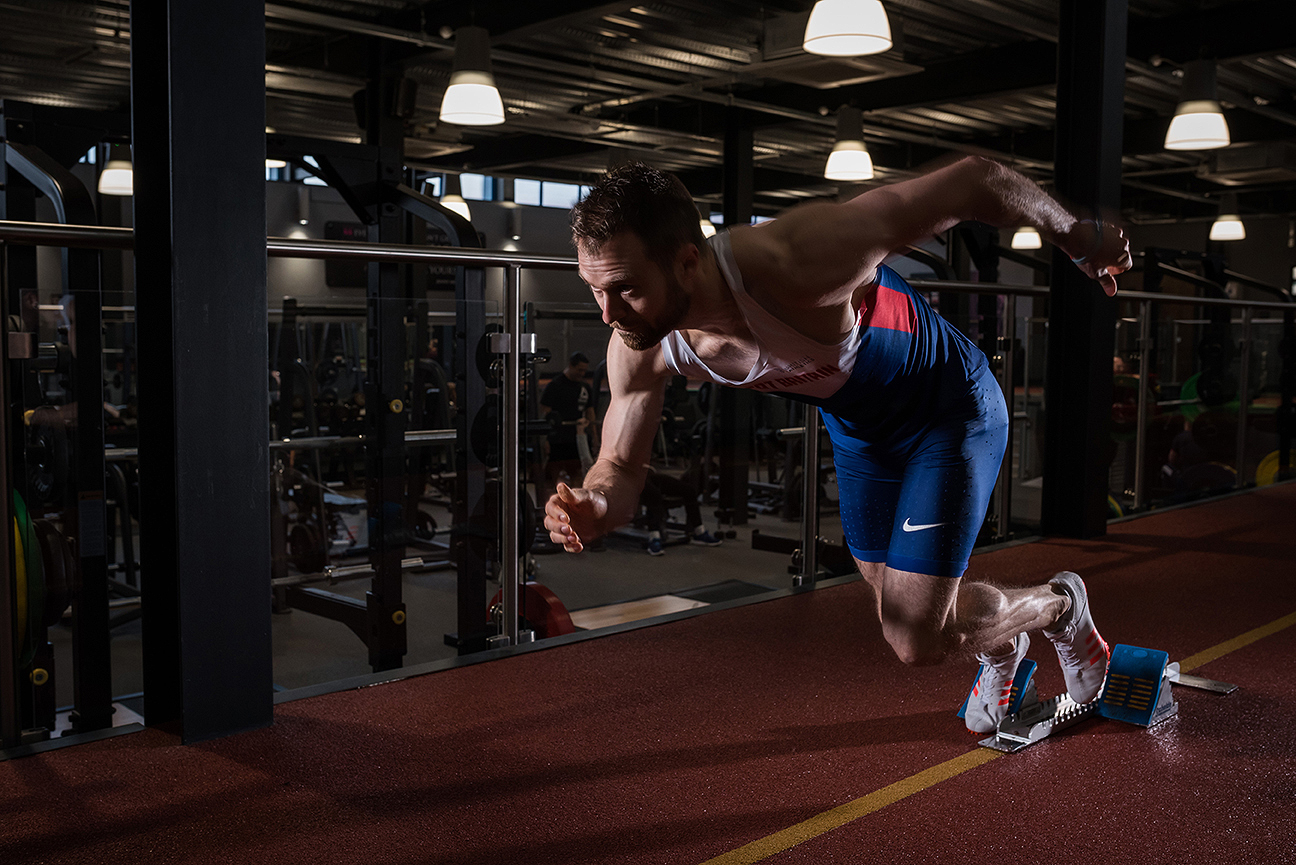 PR photographs that I shot for Active Tameside have been used in their New Year campaign to encourage people in the borough to join the gym, do some exercise and get healthy.

I’ve worked with Active Tameside’s Creative Brand team a number of times in the past year, and it was great to be asked to provide the photography for this latest campaign.  While I’m used to being hired to shoot photographs to fit a particular brief (“what’s the brief?” is usually my first question when an enquiry comes in), it was especially pleasing to be so involved in this one.  I’ve got to know the team, particularly the Brand Manager Chris Bates, during 2017 and that brings two advantages.  Firstly, you start to develop a keener sense of what the client is looking for from you.  And secondly, it’s always great to work with people that you know and like!

The idea behind this part of the campaign (more on the other part in a future post) was that local professional athletes would be shot working out in iTrain, the Dukinfield gym.  Each had a description allotted to them (such as ‘determined’, ‘competitive’ and ‘dedicated’), and my job was to capture that feeling in the imagery.  Aesthetically, we wanted the photos to ‘look dark’ so that the gym (and regular users) would appear in the background, but could be faded out or removed to fit the final campaign material.  My job was to shoot some portraits of each of the he three models – sprinter Andy Robertson, weightlifter Ellie McManus and boxer Charlie Schofield – as well as photograph them participating in their own particular sport.  I’ve included here some of my favourite shots from the sessions, along with the flyers that the Creative Brand team have come up and released.  In addition, I shot some portraits of each of the athletes that could be stitched together to create an email footer once the campaign began – scroll down below to see the individual images and how they look when combined together.

It’s rare that I see how images I’ve created are used, or where they end up.  So when I do see them in their final incarnation, as here, it’s great!

If you’re a marketing or PR specialist with an idea for a campaign that needs some great imagery, please get in touch to discuss your ideas.  Either send a message via the contact form or give me a call on 07766 815703.